Finding your way to happiness 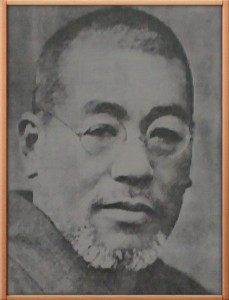 The history of Reiki begun in the middle of 1800s. The Reiki system or Usui System was rooted in Tendai Buddism and Shintoism.

Mikao Usui, the founder of the Reiki System, was born on August 15, 1865, in Yamagata, district of Gifu prefecture, and died on March 9,1926 in Fukuyama. He grew up in Tendai Buddist family, had a sister and two brothers.

As a child he entered a Tendai Buddist monastery and studied the Japanese version of Chi-Kung to an advanced level. From the age of 12 he trained martial art called Yagyu-Ryu – Samurai swordsmanship – and at the age of 20, he attained the highest level of proficiency. At some point in his life, he became a Tendai Buddist monk for a while. He studied traditional Chinese medicine, Western medicine, numerology, astrology  and development of clairvoyance. In 1922, he began training Zen Buddist, which took him about 3 years.

Originally the Usui System did not have a name – he reffered to it as a “method to achieve personal perfection“. His students called the Usui System “Usui Do“ or “Usui Teate“ (“Usui Hand Application“).

Theme by Anders Noren — Up ↑